“A Stiff Arm to the Face”: Which other rugby terms can we pinch for Scrum?

Most people working with scrum will probably know that the name has been adopted from the magnificent sport of rugby.  I suspect that this is an elaborate joke.

Apparently our founding fathers were inspired by “the rugby approach, the whole process performed by one cross-functional team across multiple overlapping phases, where the team tries to go the distance as a unit, passing the ball back and forth” and thought this was a good metaphor for iterative, agile delivery.

However in rugby, the scrum is none of those things.  I could wax lyrical about what really happens in a scrum but let’s just say it is a nasty, violent, brutal place.  Like working for a big corporate, it is not a place for the faint hearted

Anyway, this and the recently ended 2015 Rugby World Cup got me thinking: which other rugby terms could we adopt in agile?

In rugby, ball carrying players get tackled and go to ground at which point they have to release the ball.  This is called a breakdown.  Team mates from both sides will then try to push their opponents back over the ball to secure possession.  The hope for the team in possession is that they can move through multiple phases and gradually move forwards.

This is a far better fit for what agile teams try and do than “scrum” – iteratively move through short phases adding value as they go.  Not rugby scrums where players often bite each others’ ears.  Phases is not such a zingy name though.  Let’s all do phases!  Yea!  No.  Not working for me.  I suppose so we should probably stick with scrum, sprints and iterations.

See above.  Best to avoid using this term too much.

As the ball can only be passed backwards in rugby, generally the only way to progress up the field is by running with the ball.  The gain line is the point at which the last tackle was made.  Getting over the gain line is a good thing – you have made progress in that phase of play.

Going over the gain line is roughly equivalent to delivering value with a story in scrum – something useful exists that didn’t exist before.

In other words, a stiff arm to the face of an opponent to prevent him from making a tackle.  Hand-off is a common term in software development circles too so let’s just say that in the same way most sane people (but not a prop forward, ha ha) go out of their way to avoid a stiff arm to the face, good scrum teams will choose to minimise hand-offs too. 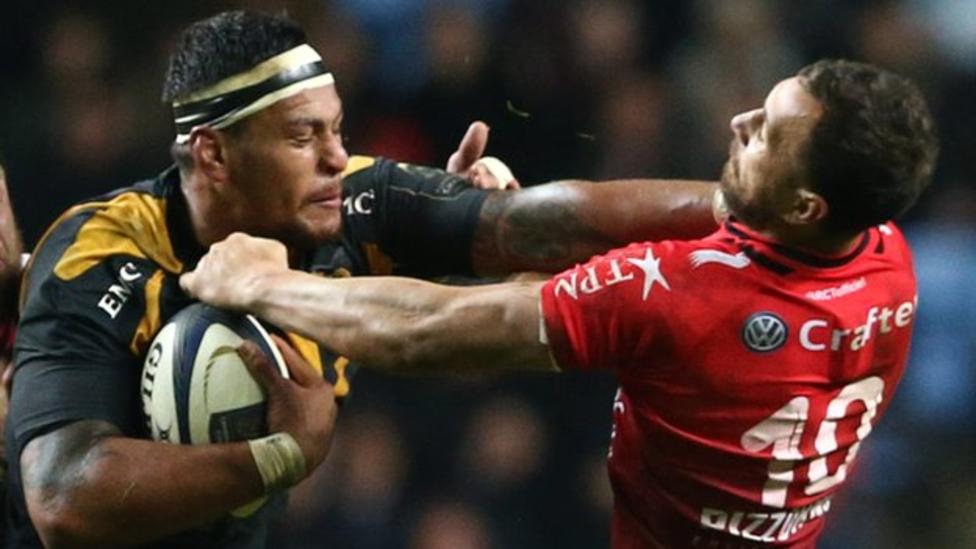 I’ve realised that a lot of these terms sound hostile.  That it is because in rugby, they are.

In rugby, a ruck occurs when a team has been stopped in its tracks by the opposition and the ball is on the ground.  Both teams try and push each over the ball to secure possession for their teammates behind them.

This resembles those occasions when suddenly stories get blocked.  Good teams who understand lean will know that this is the time to swarm around the area to help out, unblock the pipeline to free the way for the stories stuck behind.

A turnover occurs when a team steals possession of the ball from the other team.  The closest thing I can think of here is when a team takes ownership of something new.  Maybe another level in a front to back stack making it easier to deliver end to end stories.

In summary, let’s see if we can get some of these going if only to see a bunch of techy types shouting “ruck over” like a bunch of overly demanding demented parents on the touchline.